It's a life of luxury for the versatile Shuttle 2+2

When a luxury holiday park in North Wales decided to set up a new 'glamping' section on their complex, they needed a versatile vehicle to transport both clients and their baggage plus other equipment and laundry across the large estate. 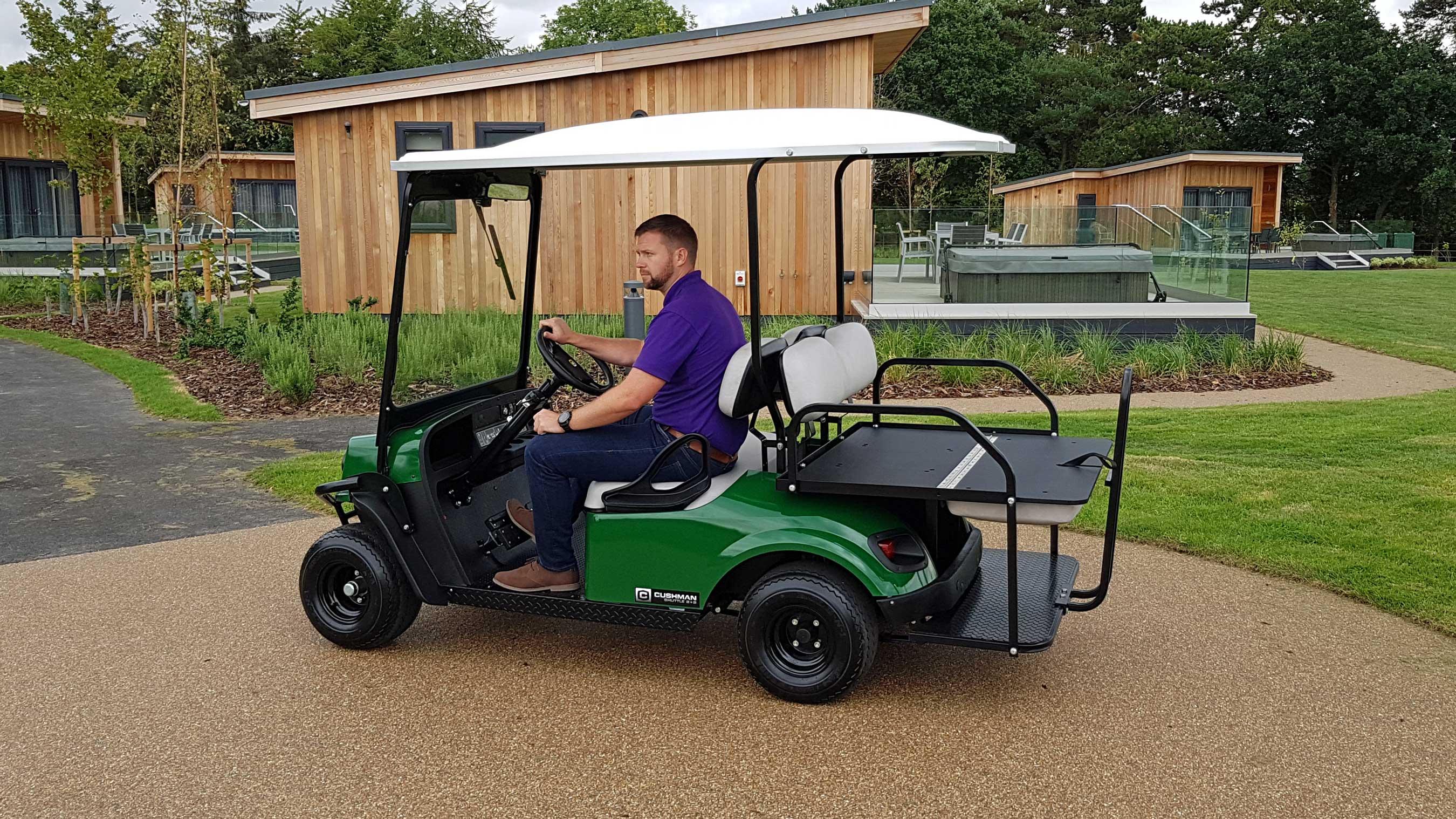 Operations manager Adrian Jones contacted Jim Quinn at Ability Handling to see what options were available for an environmentally friendly electric vehicle. Following discussions, Jim recommended a demonstration of the Shuttle 4 machine, capable of carrying 4 people (including driver) plus luggage on the rear load area.
However, on demonstration it was found that the narrow passages around the building complex were a little too tight for comfort... No problem says Jim, and quickly swapped the demo machine for a new Shuttle 2+2 which is built on a shorter chassis and incorporates 2 fixed seats for driver and passenger plus a further 2 rear seats that can be folded down to create a load area.
A few tweaks to the control settings by our engineer and the parks' drivers were now able to negotiate even the tightest corners of the estate with ease and the versatility of the vehicle means it can be utilised for a much wider range of duties than originally envisaged.
If you are looking for cost effective, environmentally friendly transport then contact Ability Handling today!